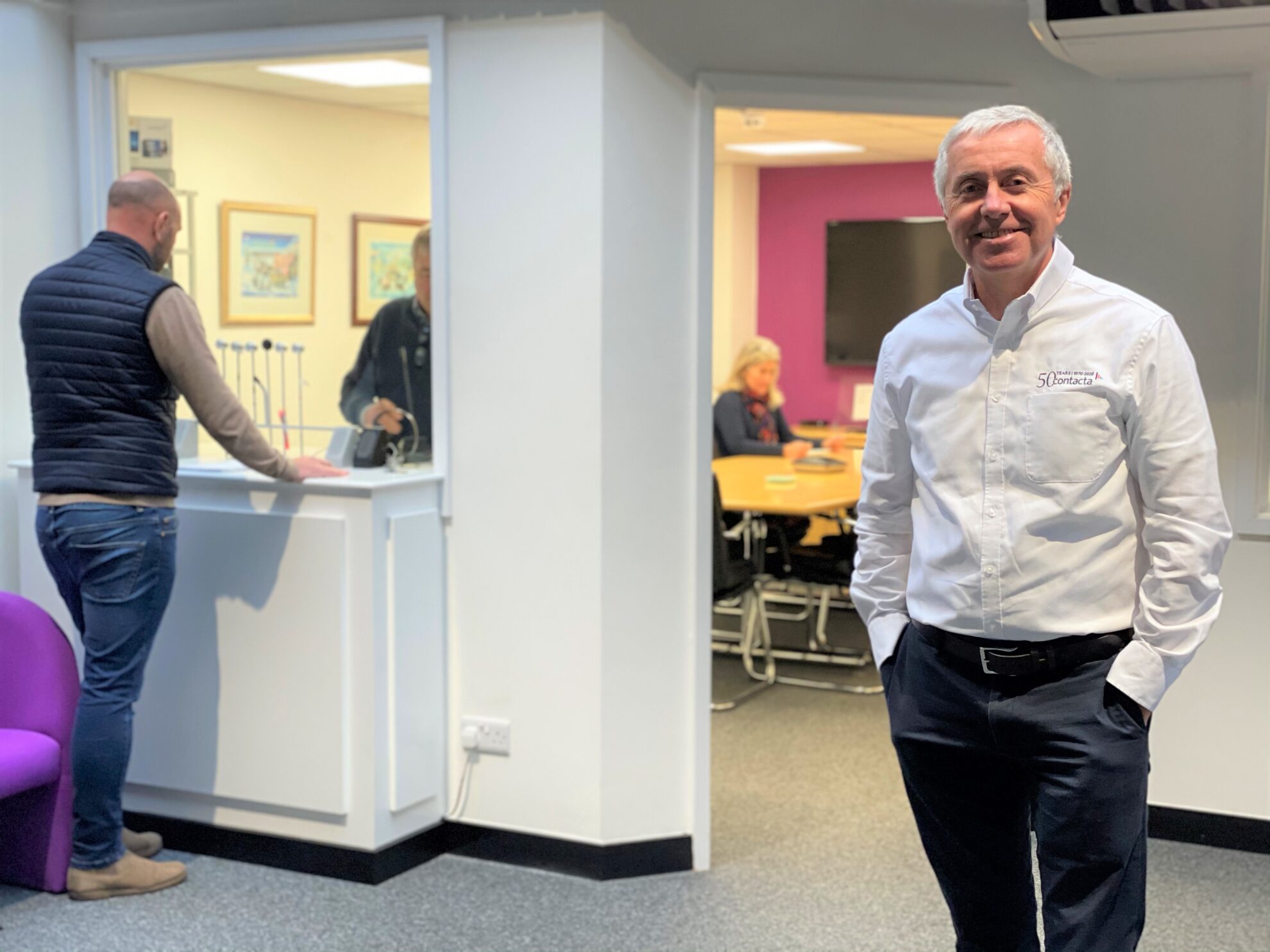 10 Jan “I feel I’ve made a difference to people and that’s rewarding.”

Posted at 10:31h in Hearing Loops by blogcontacta

Contacta’s Managing Director, Simon Thomas, first started working for his father’s business in the early 1970s, when Bert Thomas was running Contacta from a room above the garage at the family home.

More than 50 years after starting in the accounts department, Simon has done virtually every role within the business and is now looking to take more of a backseat.

“We currently have the best team we’ve ever had and I don’t need to be as hands-on as I have been in the past,” he says.

“The last two years have been extremely challenging but we have weathered many storms before and these are actually exciting times for Contacta.”

The outbreak of COVID-19 had an almost overnight impact on the business, which had recently recovered from the initial caution customers in Europe had shown in response to Brexit.  But Simon’s experience meant he felt new opportunities were on the horizon.

“I had a feeling before lockdown that there could be a chance to develop the market for our speech transfer systems (STS).  We had monthly SWOT meetings where we considered the challenges and the opportunities, and we saw the likelihood that protective barriers would go up.”

In response to this, changes were made to STS product formats and in the way they were described.  They were renamed ‘window intercom systems’ to make their use clearer to new audiences.  A proactive marketing campaign helped to raise awareness within markets such as healthcare, retail and care homes, all of which had previously little need for such technology.

“We were able to build up demand for these products in place of hearing loops, the market for which vanished because venues were closed,” remembers Simon.  “Because of our ability to adapt and our work to develop markets overseas, Contacta is actually now well-placed.”

Contacta has four members of the Thomas family employed in key roles but it is a ‘family’ business in more ways than one.  Simon has engrained a compassionate, supportive and inclusive culture within the company.  The focus on staff wellbeing has seen a number of the team mark their 20th anniversaries with the business.  But Simon says he’s looking beyond his relatives for Contacta’s future.

“We have very committed senior members of our team who could be potential CEOs of Contacta.  I don’t have plans to retire any time soon, so it’s not a pressing decision, but it’s good to know that there are staff who can see the bigger picture and have the skills to take us forward.

“While this has always been a family business, it can be unhealthy if you don’t let go; Contacta is a body in itself and I want to make sure it has an exciting future.

“I’m so proud of what it’s achieved, and what it continues to achieve.  Obviously, people have to want what you produce, but when it adds to society and you get feedback on the difference it makes, I do feel I’ve made a difference to people and that’s very rewarding.”