Wembley Stadium, located in North London, is the national football stadium of the England teams and home of the FA headquarters. With 90,000 seating capacity, Wembley is the largest football stadium in the UK and the second-largest stadium in Europe. The venue is host to major football matches including home games of the England national football team and the FA Cup Final. It also hosts other major games including the FA Community Shield, the lower leagues finals, semi-finals and play-offs. In 2011 and 2013 the stadium hosted the UEFA Champions League Finals and in 2012 the gold medal matches at the Olympic Games football tournament. The Rugby league’s Challenge Cup final, NFL London Games and music concerts can also be viewed at the stadium.

A complete rebuild of Wembley stadium took place during the early 2000s. The old stadium was demolished, and the new stadium opened in the same site in 2007. 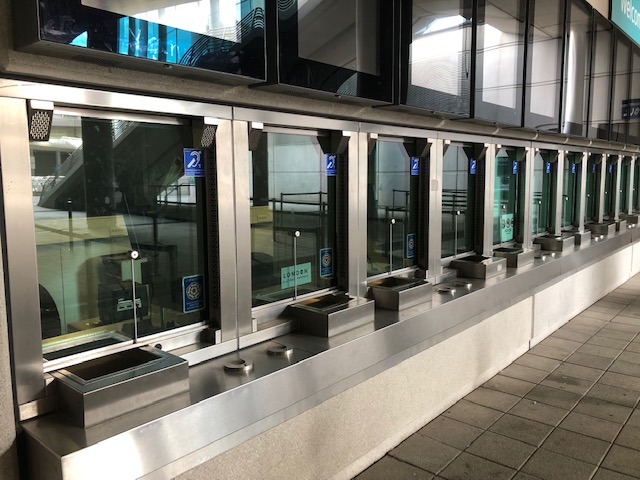 With these large-scale events and huge capacity, it is paramount that access to ticket offices and service desks is easy, and communication with staff is clear. The ticket offices at Wembley stadium are located on the Mezzanine Level, serving both its East and the West entrances. There is a total of 40 ticket windows for visitors who may be purchasing or collecting their tickets.

Contacta were contacted by The FA Group in mid-2019 in order to perform an audit of their existing speech transfer systems installed in all the ticket windows. The old systems did not perform satisfactorily, with both staff and customers struggling to communicate through the glass windows, resulting in complaints being raised to the FA Group management.

Subsequently Contacta’s Head of Client Development, Dean Corrigan, carried out a full survey, with the aim of examining the status of the speech systems in the ticket windows. Previous experience gained by Contacta during installations in other stadiums helped him to identify where communication problems may occur and what improvements can be offered. Dean also carried out demonstrations of Contacta Speech Transfer Systems during this visit and the improved performance of the Contacta system was immediately evident to the FA Group management on site.

A contract was then awarded to Contacta by The FA Group to replace the speech transfer systems across all ticket windows. The system recommended by Contacta was based on an existing model STS-K058. This model consists of two separate speakers and a high-performance anti-vandal microphone mounted at the centre of the window. Due to the structure of the ticket booths the speakers were installed at the top of the windows in a reverse angle to direct the sound to approaching customers. The installation included hearing loops at all 40 ticket windows for the benefit of hearing-impaired customers.

The installation was completed in August 2019, just days before the Rugby league’s Challenge Cup final. The feedback from The FA Group following this event has been very positive. Both staff and customers were pleased with the new systems and the vastly improved sound clarity. 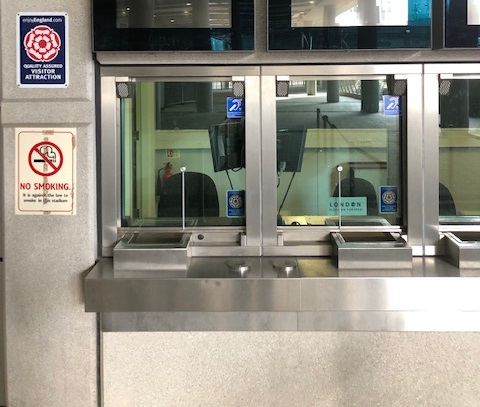