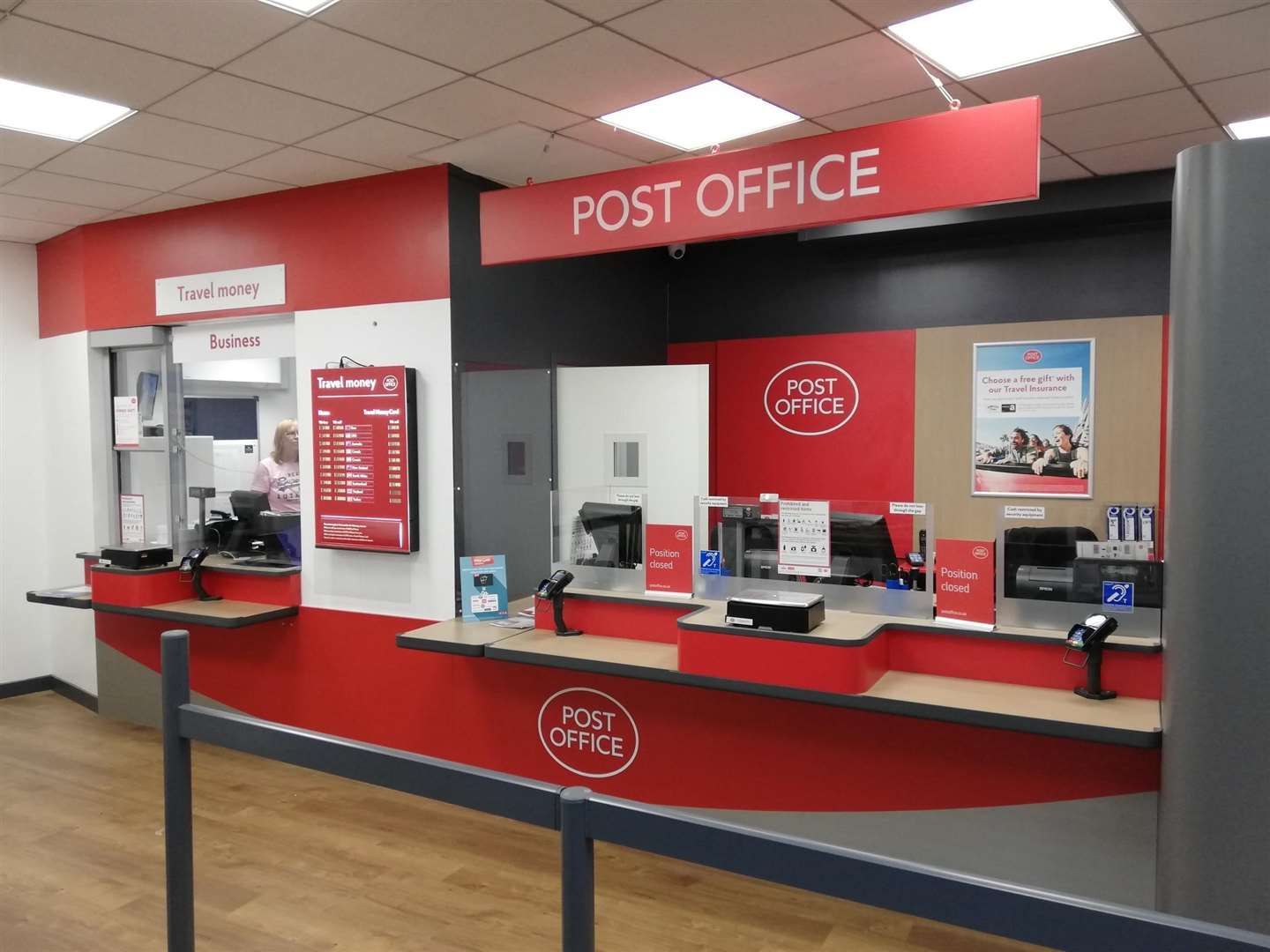 The UK Post Office has been a term used since the 1650’s. Today, the term usually refers to postal facilities providing customer service.  With millions of people depending on the Post Office every day, it plays a key role in the UK and has done for centuries. There are now over 11,500 branches across the country, delivering a wide range of services.  As well as postal services, the Post Office also offers financial and banking services, internet, telephone and ID Services.

The Post Office continues to adapt to meet the ever-changing demands of customers. It has modernised 7,500 of its branches, with extended services and opening hours. Over 200 new branches have been opened as part of this modernisation process. An important part of this modernisation has been the call to make branches fully accessible and comply to standards, as well as improve accessibility and clarity at the service desks.

In June 2012, Consumer Focus Wales carried out a secret survey at 150 Post Office branches following complaints received from customers with sensory loss.  They found that almost a quarter of branches visited have been equipped with hearing loops but had no signage to indicate a system is available.  (https://www.bbc.co.uk/news/uk-wales-18429777).

Despite an overall positive feedback, it was clear that there was room for improvement.

Tony Jones, Post Office regional manager for Wales, said in 2012: “the Post Office will take time to fully consider these findings and decide how we capture the learnings to work with our colleagues and sub-postmaster agents so that we offer an even better service to all of our customers”.

Contacta have had a longstanding business relationship with the Post Office 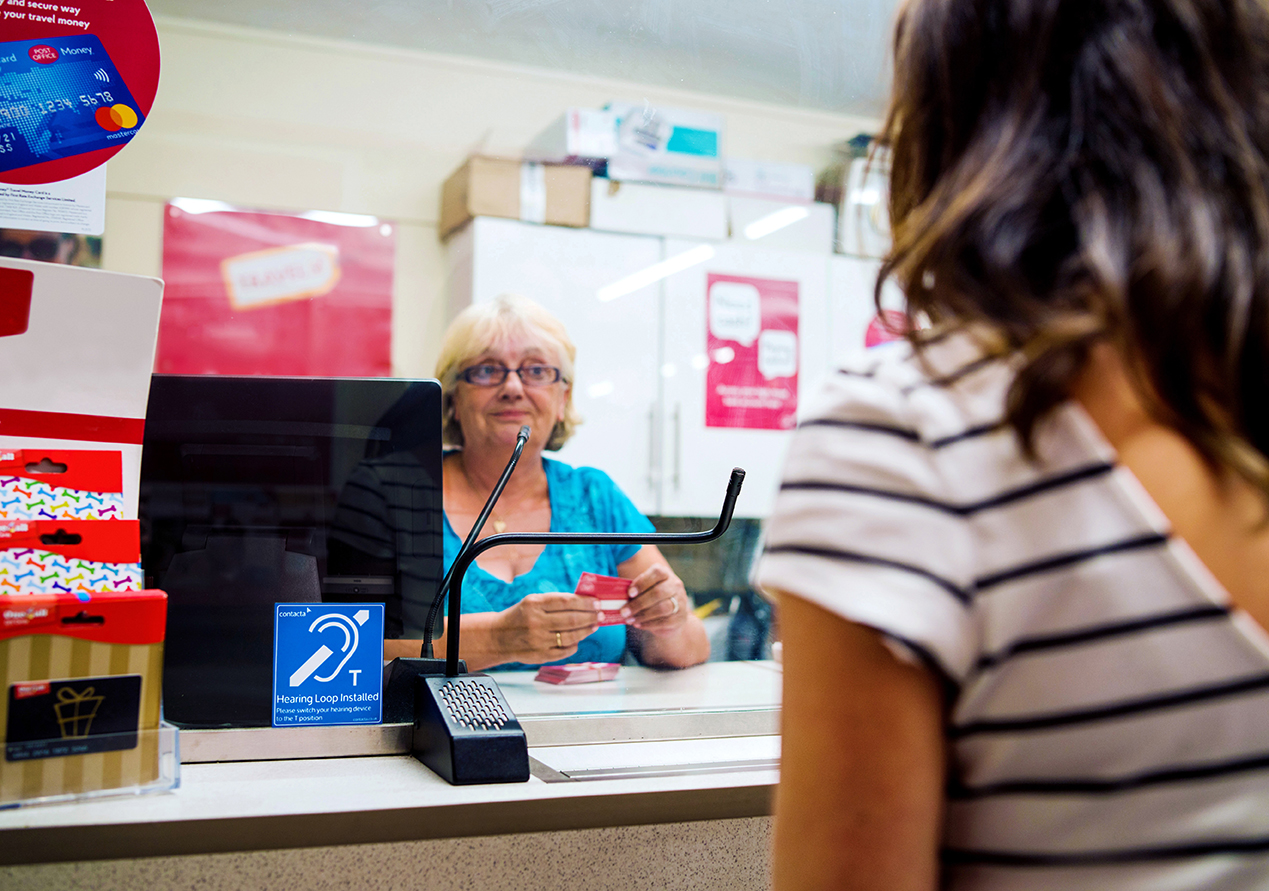 for over 12 years, supplying and installing hearing loop systems and speech transfer systems at their service desks. Over the years, equipment and systems have been upgraded and different types of service counters have been introduced by the Post Offices, requiring changes to the Contacta systems.

Originally the STS-K001 Speech Transfer System was installed in Post Office branches. However, a recent design of a new service counter left limited space for the width of the STS-K001 twin speaker unit. Following this, a new customer unit was designed by Contacta to fit the new Post Office counters. The customer unit included a single speaker positioned on one side of the counter and a curved Microphone positioned centrally has delivered optimal capture of the customer’s voice.

These new STS-K035 systems also included an under-counter hearing loop system making every service desk accessible for hearing aid wearers. The hearing loop antenna is powered by the new A31-H drivers which also powers the speech transfer systems on both sides of the glass screens.

Following the positive experience with this new system the STS-K035 system became the Post Office preferred system where the fit is possible. Almost two thousand STS-K035 systems have been installed in Post Offices so far and Contacta continue to supply spare parts and carry out reactive service calls in Post Office branches. 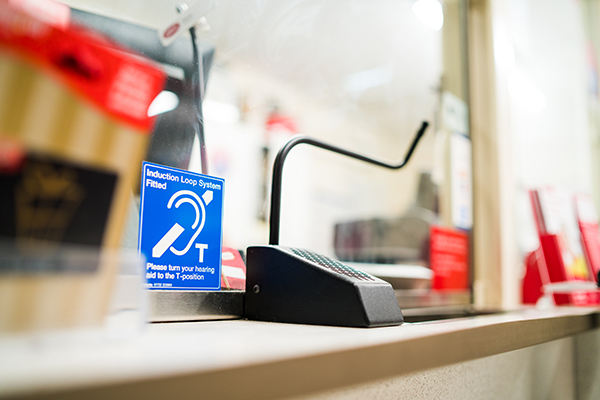