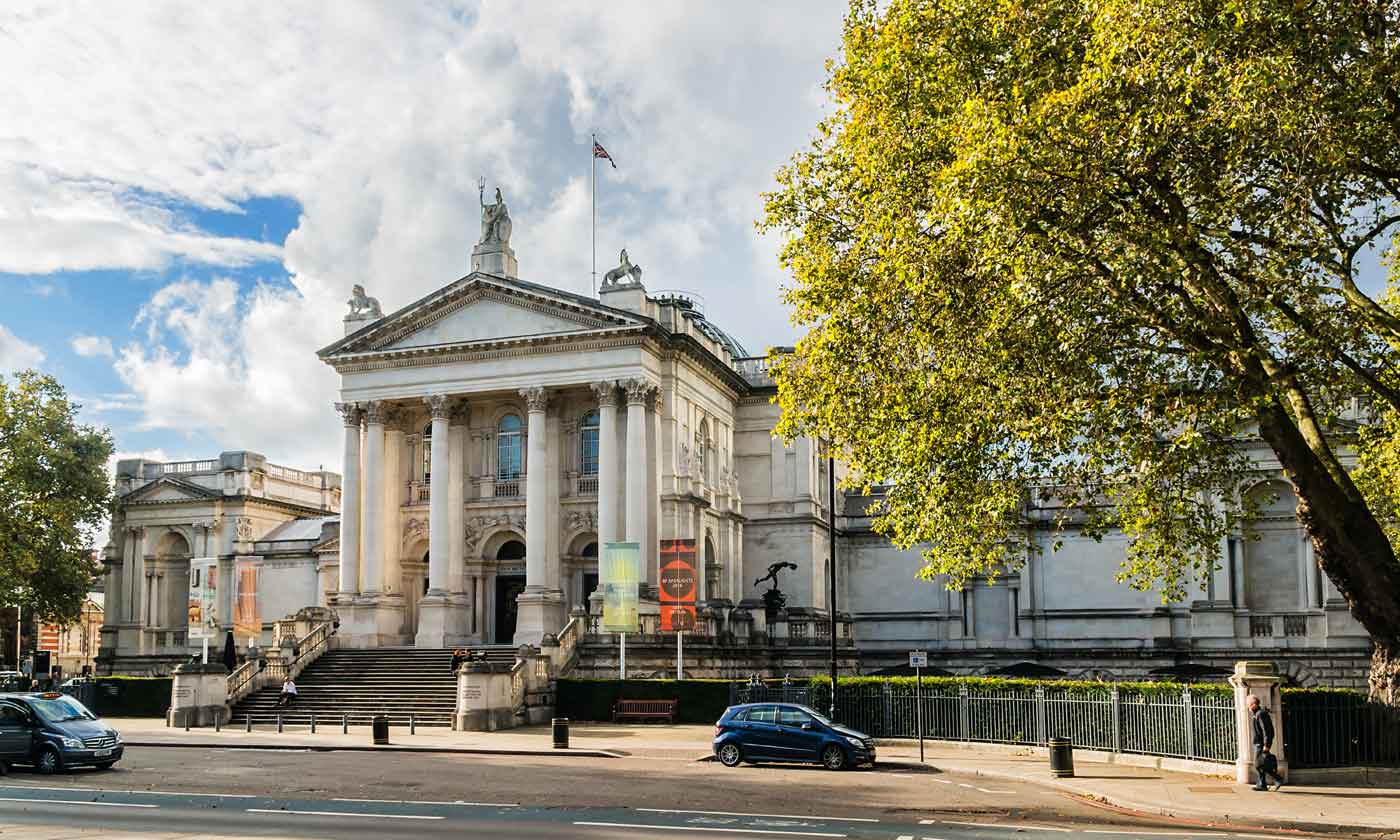 Posted at 12:52h in by blogcontacta

Named after sugar refiner, Henry Tate, it first opened its doors to the public in 1897, as just one gallery with a small amount of artwork. Today the 4 sites display nearly 70,000 artworks dating from the 1500’s to the present day.

Much like the Retail and the Hospitality industries in 2020, museums and galleries have had 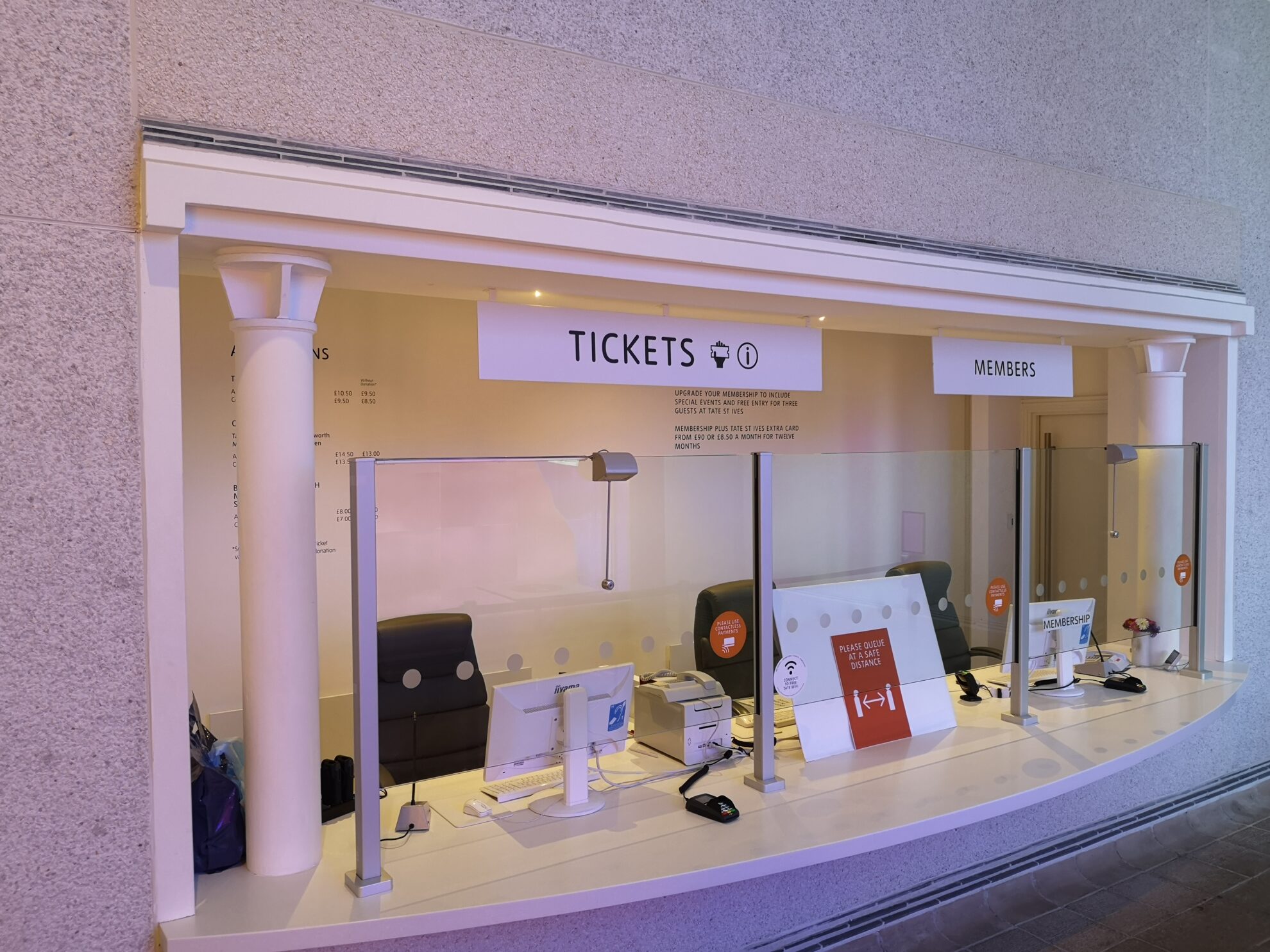 to take steps to make certain their establishments comply with government guidelines, in a bid to continue to operate ensuring customer health safety during the Coronavirus pandemic. Such steps include installing safety screens at customer interaction points.

Although offering protection for both the visitor and staff, these screens also act as a sound barrier and prohibit clear, intelligible transmission of speech. This led to Tate St Ives approaching Contacta during the summer of 2020, with a requirement for window intercom systems at their ticket desks.

Due to restrictions an engineer was unable to survey the counters on site in person, instead Contacta specified the suitable systems using photos of the counter and via phone consultation.

A customised STS-K062 was recommended and installed at St Ives, due the service desk having limited counter space for a desk mounted intercom. The system features a screen mounted microphone for the customer side attached to an overhead speaker module that was fixed to the screen with a modified U-shaped metal bracket.

With the system successfully installed and vastly improving communication, Tate London, Britain and Liverpool sites followed suit and connected with Contacta. The STS-K058 window intercom was specified for these sites, with the system featuring a screen mounted, vandal-proof microphone, a free-standing speaker and a free-standing staff unit.

Both the STS-K062 and STS-K058 systems include a built-in hearing loop facility that enable clear communication for hearing aid wearers, by cutting out background noise. This feature delivers a significant added value for the visitors with hearing loss.

All sites have been very happy with the systems, with the manager at Tate Modern and Britain advising that he would recommend Contacta and the window intercom system they have installed. 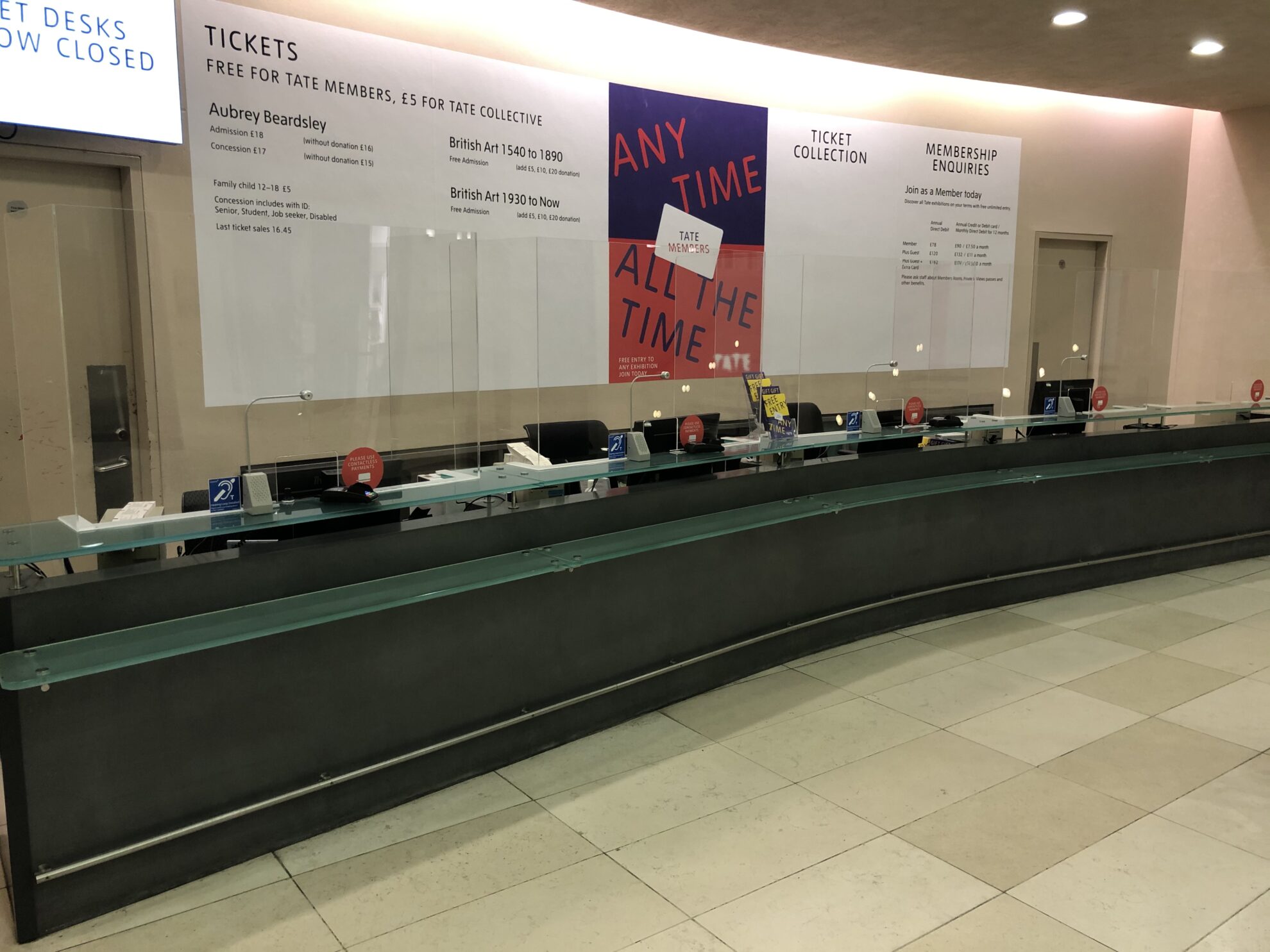