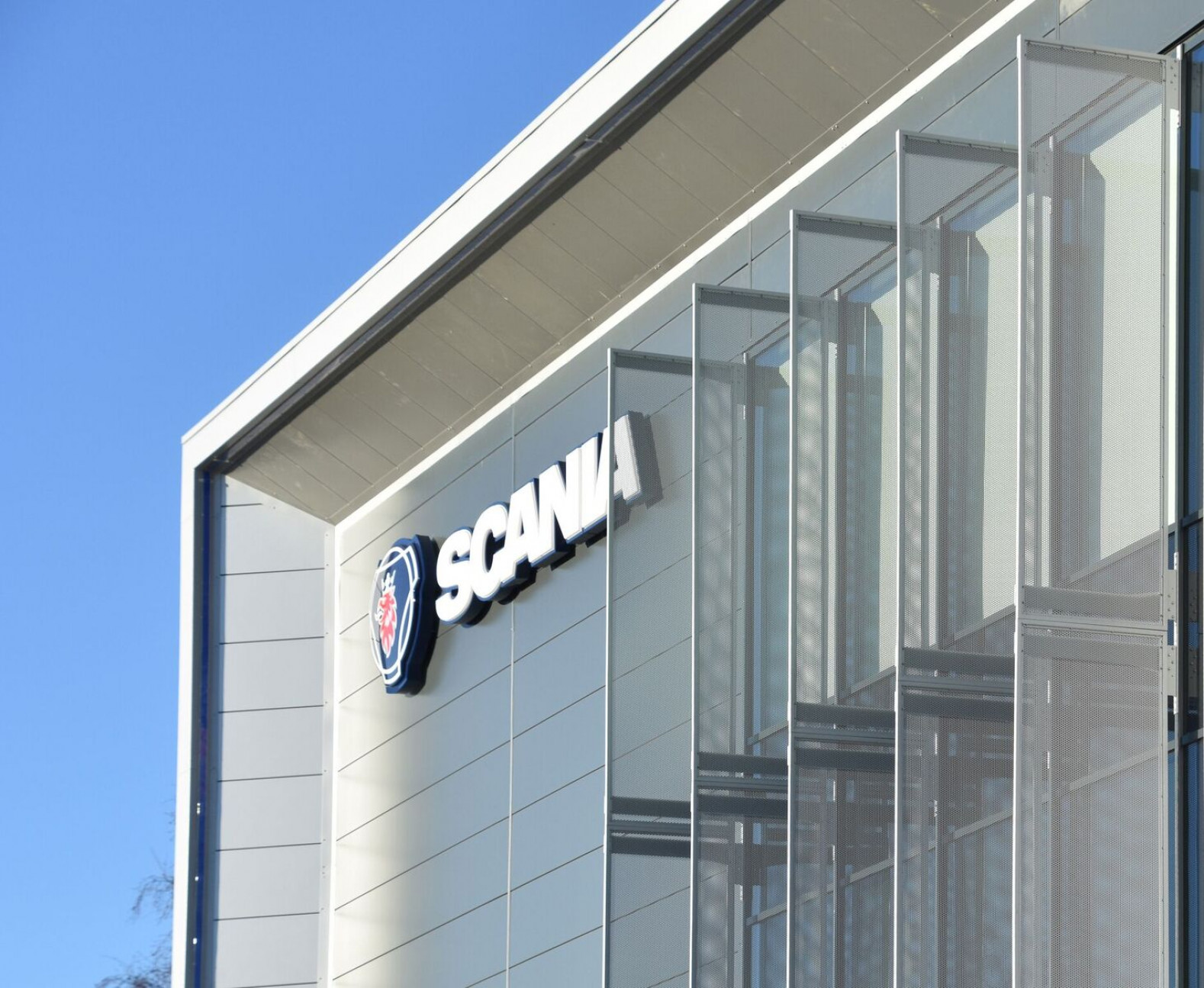 Scania is one of the world’s leading motoring truck manufacturers. Its brand-new state of the art UK headquarters was close to completion in 2018 when they asked us to install hearing loops.

The three-storey building in Milton Keynes had 18 rooms that needed assistive listening systems.

Metal loss occurs because the magnetic field of the hearing loop causes a small electric current to flow in nearby metal.

This current then creates a small magnetic field of its own, which opposes the original hearing loop field. This leads to a loss of some sounds and thus a lack of crispness in the received signal.

Metal loss can be caused by non-magnetic metals such as aluminium as well as magnetic ones such as steel or iron.

However, that didn’t mean we were not able to offer a solution and the customer was open to considering other technologies.

Our newly introduced Radio Frequency Systems use radio waves rather than cables to transmit audio signals. These systems are not affected by factors such as a building’s structure or materials.

With a range of up to 150m, the RF-TX1 Portable Radio Frequency Transmitter offered enough power for even the largest of the rooms in this project. As the RF systems can easily be channel swapped, multiple receivers could be used in the conference room if necessary. This feature delivered an ideal solution for the 18-room installation site; small enough to be hand-held, they gave speakers the freedom to move during presentations and could be easily recharged in the bespoke docking station.

This was paired with a number of RF-RX1 Portable Radio Frequency Receivers that could be used with headphones, earphones or an inductive neck loop. It provided the perfect assistive listening system whilst also acting as an effective Tour Guide system for visitors to Scania HQ.

Our installation team determined with the customer the exact number of receivers needed for the 18 rooms, and an adequate number of easy to use drop-in charging bays were supplied with the kit. 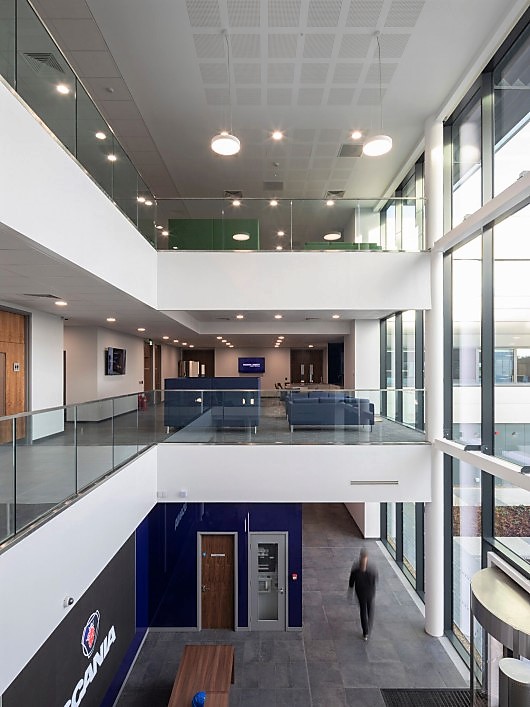 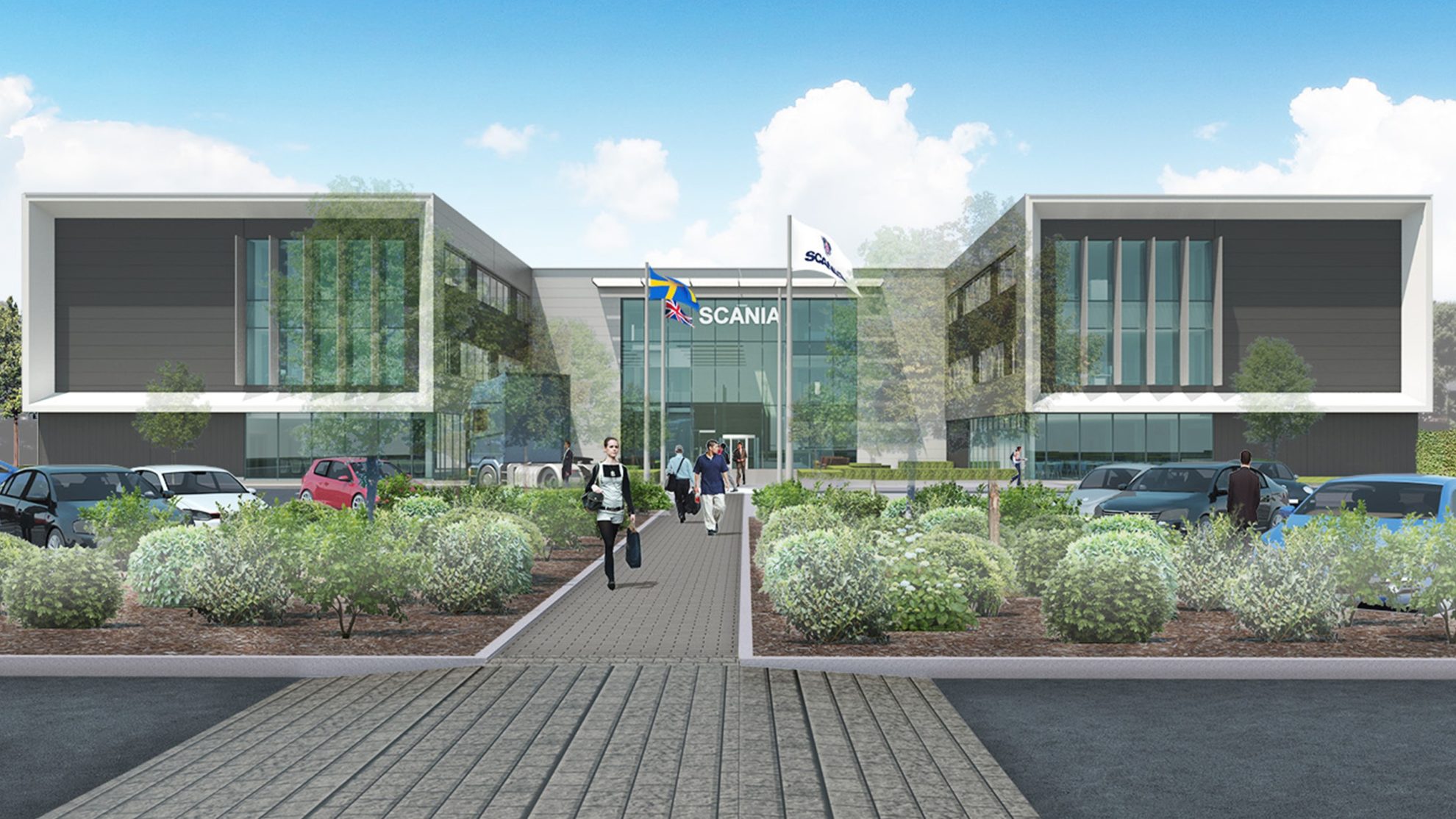